A Guide to Sleeping with Your Boss

0 Comment
The Maple Leaf
a woman in power, make that dream a reality, Make your first move, Working overtime

There are few things that are more attractive than a woman who’s in charge. Many men have the fantasy of taking their boss, placing her atop a desk and ravishing her. The sexy thing about a woman in power is that she is the one who has the say regarding what happens. What do you need to do to make that dream a reality? 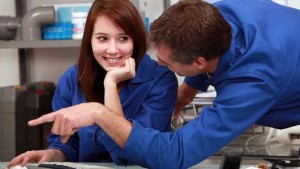 “Assist her in her work to become her favorite”

This is one of those instances where being an ass kisser at work will help you out in the long run. Do as much extra work as quickly and efficiently as you can. Become her “yes” man and generally act like her personal worker, but do it without seeming like a wimp. You still are a man, and one that she might potentially be attracted to. Even if she is a woman in power, she’ll want a man she can count on in the office. Eventually she’ll become fond on you and spend more time with you just because you happen to be doing the projects closest to her.

Put in More Time at the Office 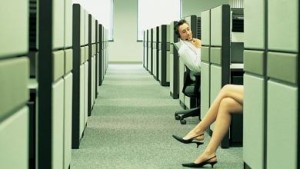 Working overtime is in the description of being a boss, and if you also happen to work overtime with her you’ll have even more of a chance to just be around her. Others will have gone home already so the atmosphere will be more relaxed. Most people, whether they’re in charge or not, will let their guard down in one on one situation. As this routine starts to become a normal thing, bring in goodies like coffee or some sort of snack to warm her up. She’ll appreciate it and it will make you seem thoughtful. You’ll slowly start creeping into her mind as more than an employee. It’s also proven that when people spend a large amount of time together working on something, they’ll begin to develop a romantic connection, even if they don’t mean to. Use that to your advantage in different cases including completion of a project. Sticking around just to give her some company shows your loyalty.

At this point you’ll be able to tell if she wants anything to do with you. This time together has given her plenty of opportunities to start coming closer to you and vocalizing feelings. If she still remains cold and professional (like a boss would), then it’s time to call it off. You have put enough time in to know that nothing is going to change. However, she might be expecting you to stay, bringing you coffee and snacks. Her reciprocation tells you that she’s into you as much as you are into her. Make your first move, such as sitting a bit closer than you normally would, or even going right over to her desk and sitting on it. This is a casual move that throws off any office-type feel. Start off by small touching, such as the back of her hand, her shoulder, her arm, that sort of thing. From there on, it’s going to move fast because as soon as you establish that you’re not working together, sex comes soon after. The boss/associate relationship will make it even sexier.