Comment are off
The Maple Leaf
a gray hair, chest hair, Dress your best, get pedicures

When you’re trying to carry on a relationship or get into one, impressing her is absolutely crucial. It’s been said that appearances are everything, so you should certainly take care to make sure that you are looking your best. Dress your best, bathe regularly and be aware that the image you’re presenting when you go out is being viewed by everyone you walk by on the street. Also, there are other aspects of your appearance that you should be aware of. However, it seems that the things men are stressing about in regards to women and their opinions are things that women either don’t see as important or even things that women typically like that men just don’t seem to realize.

“Do not worry much about gray hair”

So many men are so self-conscious about this. The moment they see a gray hair they think they’re aging ungracefully and often times, that’s the start of a mid-life crisis. Especially when women and their opinions are involved, guys tend to get a little nervous when their hair starts going gray. In reality, a lot of women love the salt-and-pepper look on a man. While it does make a man look older, it also makes him look more distinguished. Women nowadays often prefer older men because they like a man who knows what he’s doing in every sense of the word and one who they know can take care of them. Don’t stress out about your gray hair. Not only is she not bothered by them, she’s turned on by the fact that you’re old enough to get them. 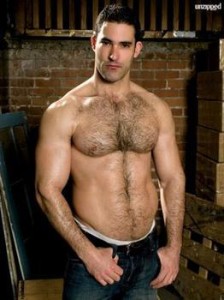 “Many women find chest hair to be sexy”

This is another one that men tend to stress out about that you don’t need to worry about. Yes, there are some women for whom this type of thing matters, but it’s a small margin of the female population. Some women might say that they don’t like chest hair on a man. Typically, these are immature women whose ideal man is a completely hairless, overly manicured, muscular college frat boy, and you don’t want to be like that anyway. More mature women won’t care if you have a little hair on your chest and some women, just like with graying hair, are turned on by a hairy guy.

Long Toenails and Calluses on Feet

Guys are weird about their feet. If your toenails get too long you probably start stressing out and running away to the bathroom to clip them, hiding the action from her, as if body care is a secret. It’s the same for calluses; they happen, and they need to be taken care of. You can maintain these things all you want, but you should just be aware that women don’t really care about it. Unless you’re rubbing your feet all over her, she’s not really going to care too much if your feet aren’t picture perfect. Please don’t be that guy who thinks you need to go and get pedicures just as often, if not more so, than she does. Now that is unattractive to her.