Comment are off
The Maple Leaf
jobless teens, leave you with a scar, Nipple piercings, Nostril piercings

Though piercings are presently popular, there are lines that shouldn’t be crossed if you want to pick up women. Normal piercings in your lip and eyebrow are going to draw women in, but too many piercings clutter the face and can disinterest women. The same goes for your ears – if there’s too much metal, she won’t want you. There’s not much of a stigma against piercings, but pay attention to what you get so you can cater your body decorations towards female population. 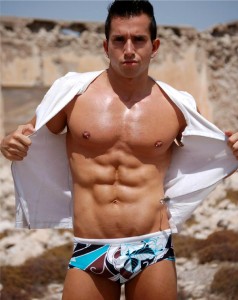 “Going for a nipple piercing is really a bad idea”

Nipple piercings might seem sexy to you, but to her they seem weird and unattractive. While you may dream of dating a woman who has her nipples pierced, she has never dreamed of dating a man with nipple piercings. For one, they’re just embarrassing. While a woman with nipple piercings can hide it easily with the padding of her bra, your shirt won’t do anything to conceal a hard nipple. A woman doesn’t want to go around with a guy whose nipples look permanently hard under his shirt, which is the main deterrent for girls involving guys with nipple piercings. Another bad thing about this piercing is the connotation that it has to her; it’s the same as you having your bellybutton pierced. It certainly doesn’t make you look like you’re interested in women, and so she won’t flirt with you.

Nostril piercings are typically for women, so having your nostril pierced will not do you any favors. If anything, she’ll just think the piercing is strange. This is another piercing that will make her think you aren’t interested in women at all, so it’s a huge deterrent when you’re trying to hook up. Another piercing for your nose is a septum piercing, which is just as bad. She may not question your sexuality, but she will question your employment status. Guys with septum piercings are usually jobless teens, or worse, jobless adults. If you want her to think that you’re in a failing band and probably live at home with your mom, then go ahead and get a septum ring. Septum piercings are also notoriously hard to keep clean and disinfected, so there are no benefits to getting it. If you want a facial piercing, stick to your lip or eyebrow. Women absolutely love those piercings, and they can be covered up easily for a job, so she won’t wonder if you’re living in a basement. 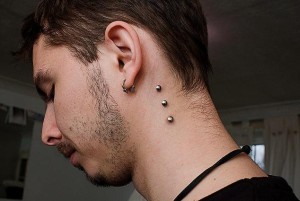 Let’s be honest – dermal piercings just freak women out. Unless she’s an alternative girl herself, chances are she won’t even know what the piercing is. Dermal piercings are physically pushed into the skin rather than coming out at the other end, which causes a very high rejection rate. Not only will this leave you with a scar, there will be lots of puss to clean up. There’s nothing more unattractive to a woman than open sores while someone is trying to pick her up, so just stay away from this kind of piercing all together. Most women aren’t interested in piercings in uncommon areas anyway.