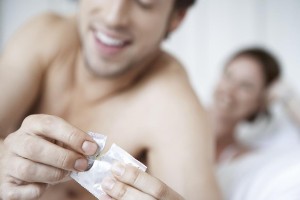 “Choose a condom that gives her extra pleasure”

You know that safe sex is important, but condoms are such a hassle, not to mention they’re boring. If you feel this way, it’s probably because you haven’t done your research. Using the right kind of condom can actually drastically improve your sexual experience, so it’s time to do some homework. Looking online will bring up a huge variety of condoms to choose from in different sizes, colors, flavors, and even textures. They range from ones specifically designed to please women to the basic ones that bore you to tears; all you need to do is decide which condom is right for you and your girl.

“Ribbed” only begins to describe these types of condoms. Textured contraceptives are a more recent invention, and are an absolute lifesaver in bed. If you’re afraid of wearing a condom because the sensation will be lost, don’t worry any longer. The texture of the condom will feel great inside her, and will feel even better rubbing against you. You can choose from things like strips of texture, bumps, and even rubber spikes. All of these different kinds will get you different results in the bedroom, so it’s best to try them all. They are pricier than the usual stuff, but the overall quality is more. She’ll be thrilled to get that condom on you when she sees that you took the time to pick out a condom that is designed to make you both feel better. 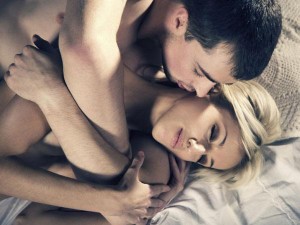 “Using an exotic condom will expose her sensual sex drive”

By exotic, we don’t mean animal print or anything weird like that. Well, actually they can be kind of weird. Condoms come in all forms, even colored ones and ones that glow in the dark. You read that right: they glow in the dark. If you ever wanted to play light saber with your dick, here’s your chance. If your girl is a Star Wars fan, she’ll love it. Even if she doesn’t know the franchise, glow in the dark and other strange condoms like that make it more fun to use contraceptives. Looks like sex education is paying off!