A Woman’s Hidden Insecurities You Might Not Think Of 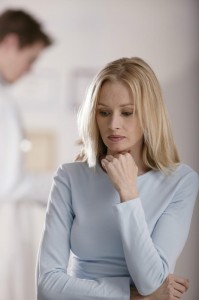 “Most woman feel insecure about themselves”

Women in general are very insecure. It’s unfortunate, but often, it’s a fact of life. They are unsure of themselves in some areas and unfortunately, they are very good at disguising it, so you won’t even know that it’s a source of unease for her. You’re probably familiar with quite a few of the things that most women are known for being insecure about. She might say that she isn’t uptight about them, but she’s probably not telling the truth if she does say that. Things like her weight and her performance in bed are two of the biggest insecurities a woman has, but on top of that, there are things that you might not have even considered. When she’s insecure about something, you should make sure that you’re sensitive to those issues. Doing so is an easy way to stay in her good book. 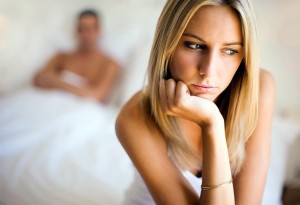 You know that women put all sorts of products on their face: powder, concealer, and a ton of other things you don’t even want to know about. She’s insecure about everything on her face from blemishes to dry skin, but would you have guessed she’s insecure about dry skin on other places, too? If her legs are dry, she’s not going to want to let you touch them. Half the time, her skin won’t even be dry but she’ll be insecure about wrapping them around your waist or letting you run your hands on them. Comfort her about this by offering to rub lotion onto her skin, and give her feet and calves a massage while you’re at it. She’ll be like putty in your hands.

She’s insecure about her hair. You know that. You’ve probably seen her stress for days over what haircut she’s going to get and spend way too much time looking at the roots of her hair claiming that they’re terrible. She’s insecure about more than those visible things. Women worry about their hair not being soft enough or not smelling good, so she’ll use expensive, heavily-scented shampoo and take extra time and product to make sure it’s soft. Remove her worries about how soft her hair is and how much you like it by making sure you run your hands through it generously when she’s going down on you. 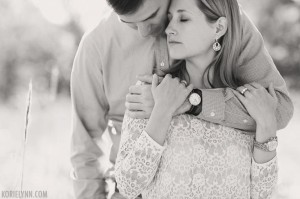 “Tell her that she might be short, but is sweet and cute”

You’ve heard that women are insecure about their weights. That’s easy to see. But did you stop to think that she’s insecure about her height as well? If she’s almost as tall as you or even taller than you, chances are that she’s very unhappy about that. Some women like to feel delicate and if they’re bigger than you in any way, it can really put a damper on her self-esteem. On the other side of the coin, some women don’t like to be too short because it feels like the height difference is awkward. If she’s upset about being a little taller, compliment her frequently on how much you love her long legs. If she’s insecure about being short, tell her how much you love how small and cute she is, and make sure you chose sex positions that don’t remind her of how awkward the height difference can be at times.