What She’s Thinking When She Sees Your Apartment

Comment are off
The Maple Leaf
pictures of naked women, The Joy of Cooking, waking up tomorrow morning, you are boyfriend material

When a woman enters your apartment for the first time, she’s looking for confirmation that coming home with you was the right choice. She makes a lot of snap judgments about you in your living room, so you have to put your best foot forward just as you would when you’re hitting on her. You want her to look around and think, yes, this is a place I could see myself waking up tomorrow morning.

How do you do it? 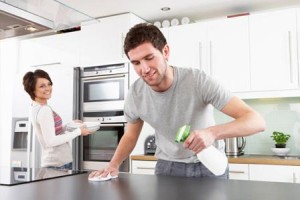 “Clean your kitchen before she comes”

Let’s start with the basics. Your place doesn’t have to be spotless, but at a bare minimum, make sure it’s not disgusting. If you have any hopes of getting laid that night, at least put those dirty dishes and coffee cups in the dishwasher before you leave. When she sees that you’ve got congealed food on your living room table, she’s going to think you’re the kind of guy who’s going to expect her to clean up after him.

Even if you are that kind of guy, you don’t want her to be thinking that right away! Most women are evaluating whether or not you are boyfriend material from the minute you start talking to them, even if she just wants to spend the night with you. She’s attracted to the idea of more, so give her that idea. 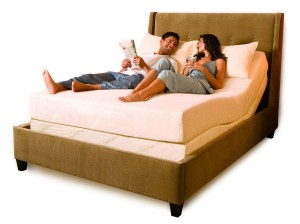 Ideally, the parts of your house or apartment that she’s going to see will be clean and reasonably organized. Stay away from any decor that’s left over from your college dorm days – beer ads and pictures of naked women aren’t really necessary. You want her to think you’re too cultured for that. Put some books out even if you’re not a reader. Odds are she isn’t either, but it will make you look intellectual. If you’re bringing women home, you don’t need pinup calendars. Let her think you’re successful.

Having two or three cookbooks in the kitchen – and not Cooking for Dummies, but something classic like The Joy of Cooking – will make her think you’re going to cook for her. This is a very romantic image, and you don’t have to do so much as making a toast. Those cookbooks are the suggestion of the classy and cultured gentleman you want her to see in you.

The same rules apply to your bedroom. Let her think you clean up after yourself. A matching bedroom set is like a nice suit – it lets her know you have money and style. Don’t let her think you’re still stuck in that college boy mindset. It doesn’t take much to look around your apartment and make a few changes to impress her. Five minutes of cleaning up will put you well ahead of most of the guys in the dating pool.