Before the Breakup: When You Know the Relationship is Headed South

Comment are off
The Maple Leaf
an argument, have sex every night, relationship might be close to over, your sex life 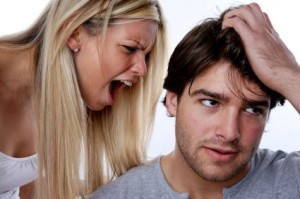 Sometimes, even great things have to come to an end; the sale at a store you like, the marathon of your favorite show on television and relationships. No matter how beautiful the woman you’re seeing is and how well you got along in the beginning, there was always a chance that further down the road, someone could go wrong and trash the relationship entirely. There are a few things that will work well to tell you that your relationship might be on its way out. Granted, every relationship is different and there are other changes and behaviors that could indicate it’s headed south and those will be up to you to figure out, but the two big ones are an over-abundance of arguments and a change in your home life or your sex life. These are easily two of the most universally relevant things to every relationship, so when something changes with those, it should throw off an alarm in your head.

Arguments are a part of any relationship. Any man who’s been in a relationship will tell you that not only are they normal, occasionally they are necessary. Although relationships should strive for healthy, calm discussions, sometimes an argument is necessary because it pushes people to a breaking point. However, if you feel that you’re fighting more than you have in the past and that you’re arguing about things that either one of you might have previously just let go and waited for it to blow over, then that’s a sign that there’s something more under the surface. In some cases, there’s just a bigger, underlying issue, but if you’re pretty sure you’ve already uncovered every big issue there is to uncover, you should take that as a sign that the problem might not be resolvable. 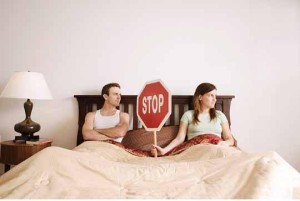 “Notice her behavior towards sex”

If the two of you didn’t have a very active sex life before and she suddenly wants to have sex every night, that’s a sign something’s wrong and even though the sex is great, your relationship might be on its way out. As excited as you might be to have sex more often (who wouldn’t?) don’t let yourself be blind to the real issue: something is wrong. Women can be weird with things like this sometimes, so it’s entirely possible that she might be doing it with some sort of ulterior motive. The same goes for a decrease in sex life. Undoubtedly you noticed the issues with that the minute it started happening, so we probably don’t have to tell you twice about that one! If she was once extremely interested in sleeping with you and now seems to can’t bear the thought of it, that’s definitely an indicator that your relationship might be close to over. Even worse is if you attempt to talk to her about it and it just doesn’t go well – if she denies the behavior, or says that everything is fine, or just refuses to talk about it at all – because that means that she no longer sees an opportunity to try and save the relationship, so conversation isn’t necessary.