Hooking Up with Your Friends Ex

Comment are off
The Maple Leaf
girl's number, girl’s number, make your move, start a relationship, Stay away

Hooking up with your friend’s ex is a very touchy subject. On one hand, they’re completely done, right? It’s not as if anyone is cheating on the other. But on the other hand, that territory has already been claimed. It’s hard to choose between your friends and the girl you want to bang, and the verdict seems to be that you should choose your friend. So you have got to play a cool game when trying to get with this ex of your friend’s.

Leave her Alone for a While

It’s imperative that you leave this girl alone…for at least a little while. Stay away for about a month, since by then all (or most) of the drama will hopefully be gone. Her heart will also be on the track to healing and looking for another guy.

Even if you did have this girl’s number for some reason, don’t contact her through your phone. It’s way too direct for her, and so is email. Messaging her one of those two ways shows that you were deliberately thinking about her and wanted to get in touch. On social sites, like Facebook, it’s easier to say that you saw a comment she made and remembered that she existed. Or the side bar had a pop up with a list of people that you might know, and so you messaged her. You do know her! Isn’t it crazy how these things happen?

Show Sympathy Before you Flirt 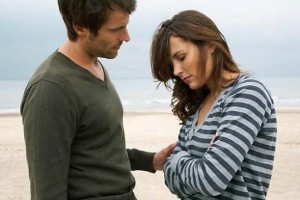 “Comfort her and show sympathy towards her”

It doesn’t matter who broke up with who, always show sympathy when you first talk to her. You don’t want to come off as an asshole who’s only trying to swoop in as a rebound. After you cover that ground, bring up totally unrelated yet normal conversations. Safe topics include: movies that are coming out, bands you might like, events in town, or mutual friends. Anything that you can think of that you wouldn’t feel guilty having read by a friend, counts as being alright to talk about. If she’s reciprocating and messaging you back faithfully, then you can start to make your move.

While you don’t want to tell her that you’re only down to get laid, make it clear that you aren’t looking to start a relationship with her because you know it would hurt your friend. But you also really like her and want to hang out together. She’ll most likely feel as conflicted as you do. These feelings actually make your talking and potential hook-up feel more risqué, which totally adds to the sexual appeal of it; play into that. Text each other secretly at this point and if you spend time together then start making little moves like standing close to each other or opening doors. If you can keep a touch of sexual tension in the air, she’ll feel it. 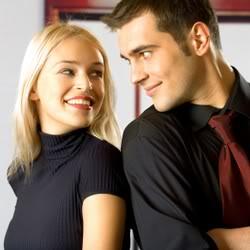 “Tell her exactly what you want”

If things do start to head south and she thought you were supposed to be more than what you are, reference back to all the times you said you didn’t want to hurt your friend and how you had to keep it under wraps. As long as you have got your bases covered, you’ll be fine.