How to Avoid Clingers: The Art of Making the Morning after Exit

Comment are off
The Maple Leaf
feeling lonely, good karma, no strings attached sex, show her some respect, the morning after 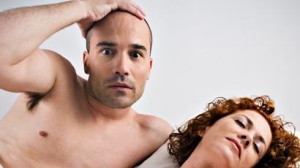 There’s only one thing that can ruin a glorious night of no strings attached sex with a stranger, and that’s the morning after. As men, in the moments after we’ve gotten our rocks off with a woman we had no prior attachment to, we’re not thinking about how we’re going to make our escape. No, we’re rapidly falling into the contented, post-coital coma, leaving all those pesky worries behind to deal with later. Later being the morning after. And that’s when things can get really awkward, really fast.

A Little Bit of Etiquette

You wake up next to a chick that you’re only familiar with because you spent several hours together in a sexual, drunken haze. This can pretty much set the standard in terms of awkwardness. What happens next depends on the personality and expectations of your partner. If she’s like you and was only investing in getting laid on a one night deal, making an exit can be relatively smooth. However, if she’s feeling lonely and wants some attention, you’re going to have to pull out all the right moves in order to walk away from this without a new, unwanted friend.

“Do not leave while she is still sleeping”

You can extricate yourself without being a total douche, which is the recommended high road. It’s never a bad idea to practice some etiquette. Be polite, but firm when turning down invitations or offers to dine or spend time together. It’s a mistake to try and let her down easy by saying something like, “Can I call you sometime?” That’s exactly the situation that you’ve been trying to avoid. If she was willing to go home with you, chances are that she’s more than aware that what you wanted was a onetime deal. It might feel uncomfortable, but unless you want to lead her on, you need to remain firm when turning her down.

It’s never a bad idea to generate some good karma. So once you’ve both awoken after a night of shared passion, be a nice guy. If she’s asked you if you’re interested in spending some time together and you’ve declined and the atmosphere is still amicable, it’s time to showcase your nice guy vibes. If the two of you are at your place, offer to drive her home or pay for her cab ride. You can fix up some coffee and something in the way of breakfast if things aren’t too awkward, and if they are, you can still offer to walk her out to her car or to a cab. If you’re at her place and you need a ride, offer to pay for gas or breakfast if she’ll drive you home. Morning after awkwardness can be tough to navigate, but if you’re a nice guy all around, it can be much easier for both of you.

Don’t Be a Prick

Mornings after can be a time of serious vulnerability for both partners. While it may seem like the easiest and least damaging thing to do, sneaking out of the place while she’s still sleeping is a bad call. She’ll wake up feeling used and alone, and even though a one night stand has one purpose only, you should at least show her some respect. If you need to get moving and can’t stay, wake her up to say goodbye or at the very least (if she’s deep in the hangover slumber) leave a note. Unless you’re interested in pursuing a relationship, don’t leave your number.