Man Purses: Why You Should Avoid Them

Comment are off
The Maple Leaf
look professional for your job, picking up girls, resist it, tempted to get one, the bad luck

If you have a lot of stuff to carry, a bag seems to be a good idea. Most men just have their wallet and a cell phone to carry, and that will usually fit in your pockets. But for some men, there are other things like a tablet or laptop, an extra tie, etc. For that reason, you might be tempted to get a new accessory: the fabled man purse. You know what a man purse is: the big, over-the-shoulder, messenger-type bags that have been popularized by male celebrities and European men alike. If you’re tempted to get one, resist it. They’re really not a good idea. No matter what the bag is made out of and who made it, or how much the salespeople at the department store insist that it’s just the ultimate accessory that you need, they aren’t really a good idea and should be avoided at all costs. They’re tacky, for one thing, and for another, a man that carries a man purse will be perceived a certain way that will probably be detrimental to your goal of picking up girls. 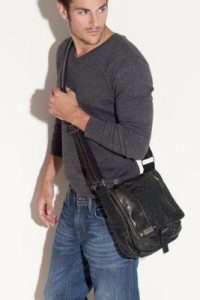 Man purses are really just ugly. They’re huge, for one thing. No man is going to look good dressed in a classy, well put-together suit with a casual messenger bag slung over his shoulder. It makes everyone look bad, and if you want to look professional for your job. Not only that, but carrying one tends to make people think your personality is a little… out there. You want women to think that you’re a respectable guy, not the one who blindly follows every trend. Opt for a briefcase for your extra papers and folders, and a laptop bag for your tablet or computer. Some people might try and sell you a man purse by saying it’s a “satchel” but don’t be fooled. They aren’t the same thing. A messenger bag like a student might use is a satchel. A man purse is a purse carried by a man when they should just be carried by women. 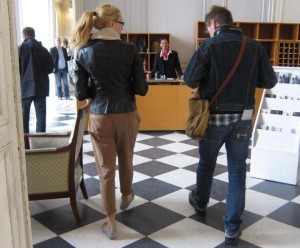 For a man carrying a purse, women will think one of two things. They’ll either perceive the bag as not just a purse, but a diaper bag. They’ll assume that you have children and that you just had the bad luck of getting stuck holding onto the diaper bag while your wife or girlfriend takes the child to another location or something. Your man purse might be designer and made of leather, but she might still think it’s a diaper bag all the same. If she doesn’t assume it’s a diaper bag, she’ll assume you’re carrying it because you lean a little more towards the feminine side and will think that you play for the other team. Either way, they’re going to assume that you’re not interested and they won’t approach you. Even worse, there might be some women who will mock you for it, and you don’t want to deal with that.