Speed Dating: Is It for You?

Comment are off
The Maple Leaf
approaching a women, continue the chemistry, try speed dating, work well under time constraints 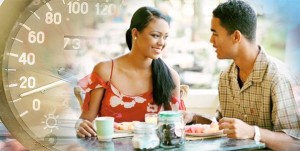 “Can you impress a girl in 5 minutes?”

Maybe you have seen speed dating portrayed in movies and sitcoms. It’s a large room filled with numerous small tables with two chairs each. Occasionally, there will be a pamphlet of recommended conversation starters and maybe even a pad of paper for you to write down numbers and messages which you can slip into your pockets before you leave. There’s typically a set amount of time that you’ll spend talking to each person, often five or ten minutes. It doesn’t allow you much time to get to know each other, but it allows for getting the basics of the conversation out of the way and the ability to ask for numbers to continue the chemistry you had into a possible further relationship. Speed dating is great if you haven’t had much luck meeting women on your own, or even if you just don’t want to take the time to go out to places where you might possibly meet women. However, it’s not for everyone, because there are things to consider so you can determine if it’s a good idea for you. 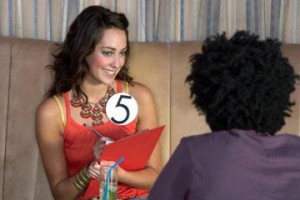 Speed dating is especially great if you have difficulty approaching a women. There are some men out there that are great in bed and great with knowing how to treat a woman that just can’t quite master how to strike up a conversation without feeling awkward. There’s no shame in that, so if that’s a problem you have found yourself having at any point in the past, then it’s definitely worth trying out speed dating. On the other hand, if you’re someone who feels uncomfortable when you have a limited amount of time, it’s probably not a good choice for you. With only five or ten minutes to talk to the woman, it might be difficult to feel truly comfortable with the encounter if you feel easily pressured by time constraints and things like that. If you already don’t work well under time constraints and feel a little awkward starting conversations, those two things together are going to be a terrible combination, so speed dating would not be a good plan for you.

Some men don’t like speed dating because they think it takes away from the true experience of dating. Things like the thrill of the chase and the adrenaline rush of rolling the dice and taking their chances when they ask a woman to come home with them are just a few of the things that many men have criticized speed dating for taking away. It’s true that when she comes to sit at a table with you, she’s pretty much falling right into your lap. Some men have criticized it as making them feel lazy for making them not having to do any work. If that’s something you think you might feel towards it, then of course speed dating isn’t a great idea for you. However, if you’re the type of man who doesn’t mind not getting a “true” dating experience, then by all means, try speed dating! Whether or not you are lucky to find a woman, trying a new experience can be helpful.