The Power of Love Letters via E-mail

Comment are off
The Maple Leaf
compliment a girl, love letters, seduce a woman, way to win a woman over 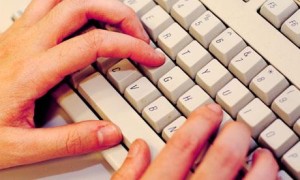 “Write a perfect love letter to impress her”

Love letters are one of the oldest forms of endearments, but they can also be sexy. The Victorians were letter crazy – they had all kinds of rules and decorum about how to compose a letter, such as what kind of paper to use, what color ink was appropriate, and much more. Love letters are the perfect way to win a woman over, and although you may not be sending a hand-delivered love note across Canada, the gesture of writing one is definitely romantic. Write one for your 21st Century love and send it via e-mail! You don’t have to be overly serious with a girl to write her a love letter, you can write a letter based on lust, but if you make it fun and quirky, she’s going to love it; little gestures count.

“Add some love quotes in your letter”

Now when you have decided you want to try your hand at writing an electronic love letter, the question is where to start? The first thing you want to do is plan what you want to write. If you want to seduce a woman using words, focus on something flattering about her that you’re attracted to. Does she have beautiful eyes? A curvaceous body? Even if you’re not a good writer, if the thoughts expressed are specific to her, she’s going to appreciate your effort. Another good tactic is to use (if you’re not overly confident in your writing skills) quotes or old poetry. Quotes go a long way, but don’t go overboard. For example, quoting a single stanza from a Shakespeare sonnet is a good idea, but don’t quote the entire thing or else your letter is going to be boring and come off as lazy. The best part of quoting from a sonnet is that it’s separated into four line breaks, making your letter appear longer. Basically, don’t write a college-length essay about why you want to do her, but pay her some compliments.

Part of the fun of love letters is formatting when you’re writing on regular paper, so look up a few different versions of how the Victorians did such work and adapt the one you like to your e-mail love letter. You can make it fun and send her the link to where you got the idea, letting her know that you went out of your way to impress her. This works the best on creative, artsy girls, or ladies that love literature.

The best way to prevent your email love letter from becoming cheesy is to avoid overly generic sentiments. You don’t have to compose an opus that’s perfectly separated into several lyrical poems, but if you’re going to compliment a girl on her eyes, make sure you’re referencing the right color and shape. Don’t be sloppy about what you’re saying or else the entire endeavor is going to be pointless. If you’re going this far for a woman – not to say the love letter, but the gesture of trying to seduce her creatively – you should put in the amount of effort it takes to ensure that it’s successful. Be specific and she’ll appreciate it no matter what you write.