Unexpected Annoyances: When You Can’t Stand Her Pets 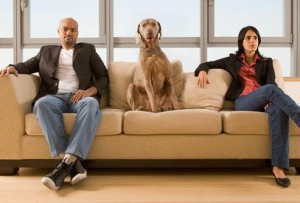 “Is her dog coming in between your relationship?”

Maybe you have been in a situation before where she’s perfect, but there’s just this one little thing that might make or break the relationship. She’s gorgeous, she’s looking for the exact same things in a relationship that you are, and you really think that the relationship could go places. What’s the problem then? Well, it’s who she lives with. It’s not a roommate and it’s not a family member, but you just can’t stand them. It’s…her pet. Maybe it’s a cat that hates pretty much everyone except her, or maybe it’s a dog that just won’t stop mistaking your leg for a potential mate. Pets are deal breakers for relationships more often than you might think. If you really can’t stand her pets, your relationship can sadly be ruined very quickly. If you’re afraid that her pets are going to tear up your things or if they’re outright vicious towards you, you need to talk to her and express your concerns. Some men would rather keep quiet because they’re afraid that they seem selfish or controlling, but it’s a valid concern. If it’s something that you just don’t think you could live with, it needs to be discussed if you want a proper relationship.

Talk It Over with Her 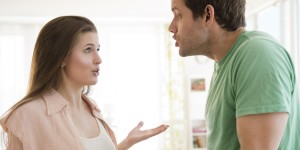 “Talk to her if you cannot stand her pets”

Don’t sugar-coat the situation. Sit her down and explain what your concerns are. Has the dog acted like he might attack you? Has the cat done something disgusting, like urinated on your clothes? Don’t leave anything out. She has to know exactly why you’re concerned about it and she needs to know precisely what your feelings towards the animal are. If you want to make her happy, suggest any research you have done. Cats that misbehave often feel their status as the favorite living thing is being threatened, so if you’ve done your research and think some behavioral therapy could help, tell it to her. You absolutely don’t want to demand that she should get rid of the animal, because that will seem controlling. No woman wants to be with a guy that she feels won’t allow her to make choices for herself, or with a guy who would try and force her to do something as heartless as give up a possibly beloved pet.

What Her Reaction Means

How she reacts to this conversation is very important. If she denies the animal doing anything wrong, you’re probably in for some problems. It’s even worse if she accuses you of making something up because you don’t like the pet. That’s unacceptable behavior, and if she’s not willing to listen to concerns about a pet, imagine how bad she’ll be if the two of you stay together in a long-term relationship and have children someday. You don’t want an unreasonable woman to spend your life with. If she’s calm about the situation and listens to your concerns with an open mind, that’s good. Maybe she’ll be very receptive to your research into possible solution for the problem, and if she is, that’s great for you.